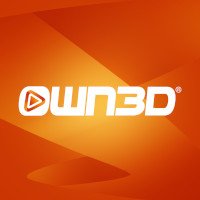 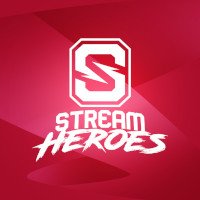 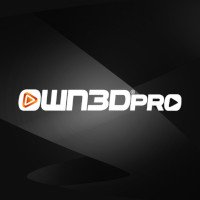 From October 30 to November 1, 2020, there was a weekend full of panicked screams and gallons of fear sweat; in addition, a cursed location and many exciting guests. OWN3D created all assets for the extraordinary camp event this time as well 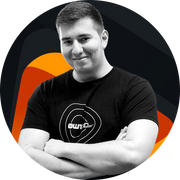 Steyr, November 2020 - After the huge success of the "Angelcamp 2020" the camp season went into the next round. Knossi, Sido, UnsympathischTV and Manny Marc chose the scariest night of the year this time: Halloween! The stars were locked in an abandoned building together and got ready for 40 hours of crazy and scary events. OWN3D, the parent company of Streamheroes, immediately worked on a logo idea that was shown while still at the Angelcamp when the idea of the Horrorcamp was born.

The Horrorcamp not only included a big ghost hunt, nighttime explorations, stories from the past and numerous other activities but also featured high-profile guests once again. Stars such as content creator Frauenarzt, DJ Desue, Inscope21, Pietro Lombardi, Klaas Heufer-Umlauf, Bausa and Slavik arrived at the former Hotel Waldlust to keep the "permanent campers" company. Thus, the Horrorcamp already broke the viewer record from the Angelcamp on the first evening and enjoyed more than 336,000 concurrent viewers. Saturday evening also saw the start of a big concert with star guest Alligatoah, who performed their new song "Monet" live together with Sido. This was followed by Die Atzen, who also gave their all. A longer performance was of course offered by "Dauercamper" Sido solo. Slavik and Knossi also contributed to the concert, which was accompanied by DJ Desue. A highlight afterwards was the call from a very special star of the rap scene: Capital Bra called and chatted with the campers for a while.

Already in advance, OWN3D had the chance to visit the location for the Horrorcamp in the course of the cooperation with Knossi (but this had to remain top secret at that time!). There will be no cute pumpkins and other "cuddly" decoration here. The building the troupe was locked in not only looked creepy and featured creaking wood, wind whistling through the open windows and coffins to sleep in, there's also a spooky story behind it. The more than 100-year-old building in the middle of the forest has a certain reputation and is always associated with the mysterious death of the "good soul of the house" Adele B.. Ever since her death in one of the hotel's rooms, it has been said to be haunted. The hotel, which hosted numerous famous personalities, kings and princes in the 1920s, was also used as a military hospital after the death occurred. Thus, also following this first death, other people lost their lives there - the perfect place for the Horrorcamp.

As with the Angelcamp, OWN3D provided all assets and worked with high pressure on many designs. So in the shortest time and in proven OWN3D quality the assets were created:

- Logo and illustrations for merchandise

- Unique transition for the stream and later YouTube compilations

I am our housekeeper, wherever I can help, I stand by with help and advice =)